Some of the new tech-support e elements could spread to Chevrolet, Buick, and GMC, which have rolled out new infotainment systems over the last year, Mark Harland, head of the connected customer experience at GM, told Automotive News.

Cadillac is requiring dealers to have two certified specialists – one in both sales and service – as experts on the system, called the Cadillac User Experience, or CUE.

GM also is hiring 25 customer-service reps across Cadillac’s biggest markets to field questions from dealers and customers. They might even make house calls to Cadillac customers who need help, say, syncing a phone to the CUE system.

Cadillac is rolling out CUE

Starting with next month’s launch of the XTS sedan, Cadillac is rolling out CUE across its lineup. The industry’s first infotainment touch screen allows drivers to use the sort of swipe and spread commands commonly used on smartphones and tablets.

“We know people are going to learn and use CUE differently,” Harland says. “We want to provide the tools they need to learn at their own pace and embrace the technology.”

GM is billing CUE as an intuitive interface that will eliminate the cumbersome commands and multiple screens that have led customers to pan some infotainment systems.

Robert Morris III, a Cadillac and Buick-GMC dealer near Cleveland, already has picked his CUE specialist from his sales staff: a 20-something former porter and service adviser who’s slick with a smartphone. He must complete GM’s certification process.

“It’s good to see that GM is putting a lot of resources behind,” CUE tech support, Morris said. “Our entire sales staff will be well versed in it.” 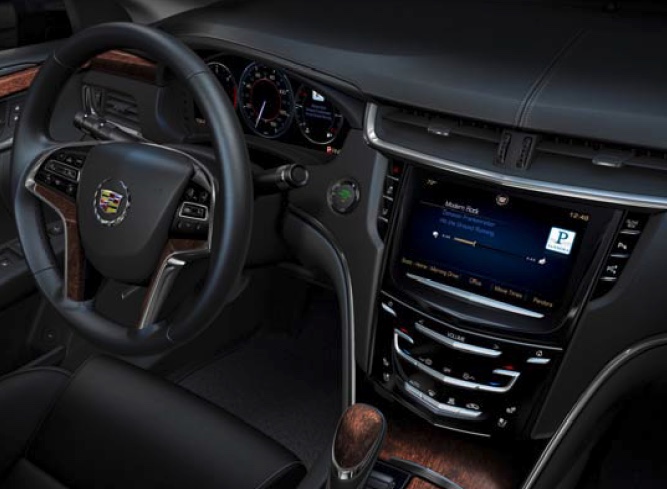